Written By Hack The Minotaur

Looking to build the best Tank possible in The Elder Scrolls Online? Picking the right race is a great starting point! In this article we will explore the best Races for Tanks in ESO.

Before we dive into discussing the best races for Tanks in The Elder Scrolls Online, let’s briefly discuss what stats tanks tend to look for. In ESO, the primary attribute tanks want to specialize in is going to be Health. This is obvious because the more damage you can take without dying the better. In addition to Health, tanks want to also focus on damage mitigation - in other words, lowering the amount of damage that they take from hard-hitting enemies. A final concern for tank builds in ESO is sustain. Both magicka and stamina sustain is extremely important and determines how often you can cast your abilities as well as how often you can maintain your Block. Reviewing the primary attributes of Health, Damage Mitigation and Sustain is what leads to the list of Best Tank Races Below.

The Best Races For Tanks In ESO

The best race currently for Tanking in The Elder Scrolls Online is Nord or Imperial. Both Races have strong tank-focused passives including increased Health, Stamina, Mitigation, Sustain and Utility.

The racial skills of the Nords reflect their strong and hardy natures, giving them bonuses to two-handed weapons, duration of effects from drinks, physical, spell and frost resistance, ultimate generation, as well as base health and stamina.

Every passive in the Nord skill set provides some bonus to tanking. Extra Health, Stamina, Physical and Spell Resistance are highly desirable for any tank build, and the extra passive Ultimate generation is a nice side bonus, completely unique to the Nords.

Nords have the following Racial Passives in The Elder Scrolls Online.

The racial skills of the Imperials reflect their combat training and perseverance in battle, giving them bonuses to gold drop rate, shield proficiency, base health and stamina, and cost reduction of abilities, making them resolute fighters.

As you can see below, Imperials also have some impressive tank-focused passives including extra stamina and health and a massive 6% cost reduction to all abilities. Don’t forget, this passive also applies to ultimates!

Imperials have the following Racial Passives in The Elder Scrolls Online.

Honorable Mentions For Tanks In ESO

Many other races in The Elder Scrolls Online have some passives that will benefit tanking, though not as many as Nords or Imperials. These races can still make strong tanks if you know what you’re doing.

Argonians get a fantastic bonus to all resources in ESO now in Update 29 (stamina was just added). In addition to this, the Resourceful Passive is a great sustain option.

Argonians have the following Racial Passives in The Elder Scrolls Online.

The racial skills of the Bretons reflect their affinity for the arcane, increasing their base magicka, magicka recovery, light armor, alliance point gain, spell resistance, and cost reduction of spells, allowing them to cast spells with little pause.

Breton may seem like an odd choice for a tank build, but the Breton passives are actually quite useful here. For example, Bretons can obtain up to 4620 additional Spell Resistance thanks to the Spell Attunement passive. The Magicka Mastery passive is also very desirable for tanks to conserve magicka while casting buffs and debuffs.

Bretons have the following Racial Passives in The Elder Scrolls Online.

The racial skills of the Orcs reflect their native harsh mountain environment, giving them bonuses to heavy armor use, sprinting, weapon and spell damage, inspiration gain, weapon proficiency, as well as base health and stamina.

Orcs have a decent combination of both Health and Stamina for tanking. The extra heal every 4 seconds can be nice for some passive healing and the ability to Sprint faster will help when wearing Heavy Armor.

Orcs have the following Racial Passives in The Elder Scrolls Online.

The racial skills of the Reguards reflect their ancestral legacy as sword masters, giving them bonuses to shields, base stamina, stamina recovery, movement, and duration of effects from food. Their ability to flow in martial combat is unparalleled.

Redguards are an unlikely choice for tanks but their passives can still be useful. For example, Martial Training will make all of your One Hand and Shield abilities cost less, including the ultimate! The extra stamina pool and stamina sustain from Adrenaline Rush can also be a big help.

Redguards have the following Racial Passives in The Elder Scrolls Online.

Keep in mind that Racial Passives account for a fairly small percentage of overall efficiency in The Elder Scrolls Online. If you want to completely min/max your character then the above recommendations will help, but remember that this is a GAME, and ultimately you need to play how you want in order to enjoy it. 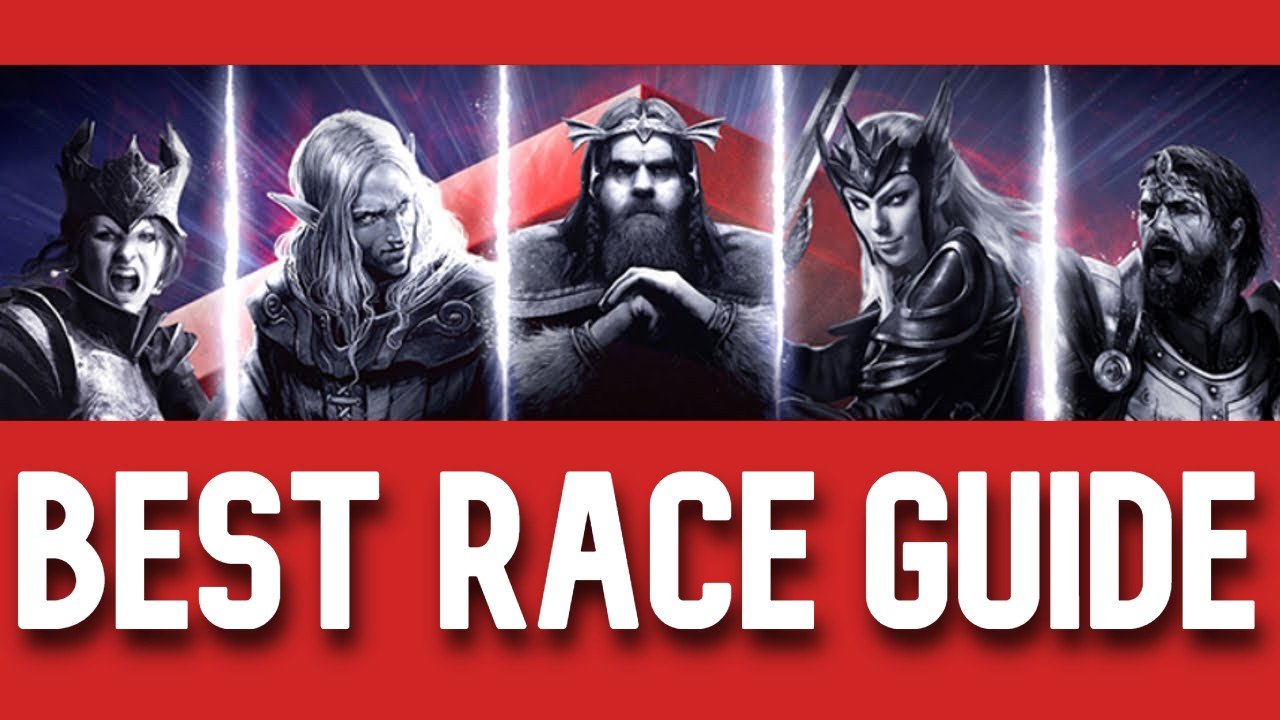 The 10 races of The Elder Scrolls Online provide many options for building a powerful character due to their Racial Passives skills. This guide will provide all the details for each race in the game. 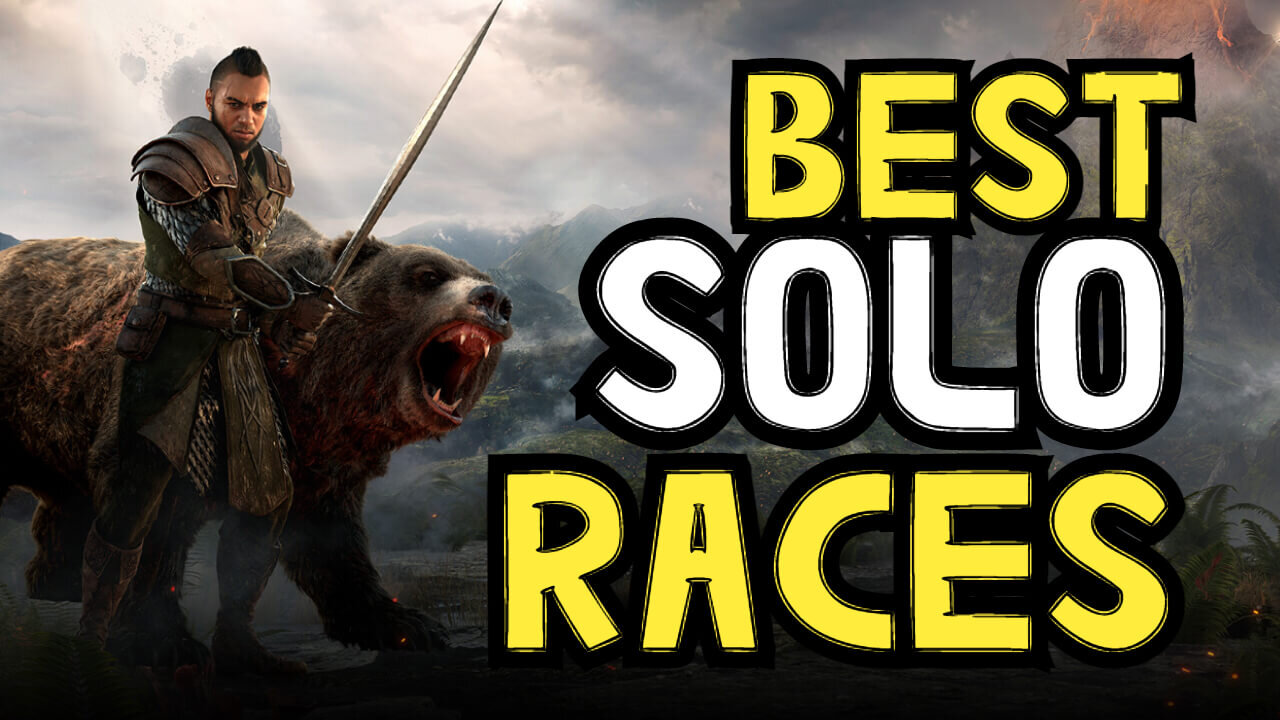 Looking to create the best possible Solo Build in The Elder Scrolls Online? Picking the right race is a great place to start! In this article we will explore the best Races for Solo Builds in ESO. 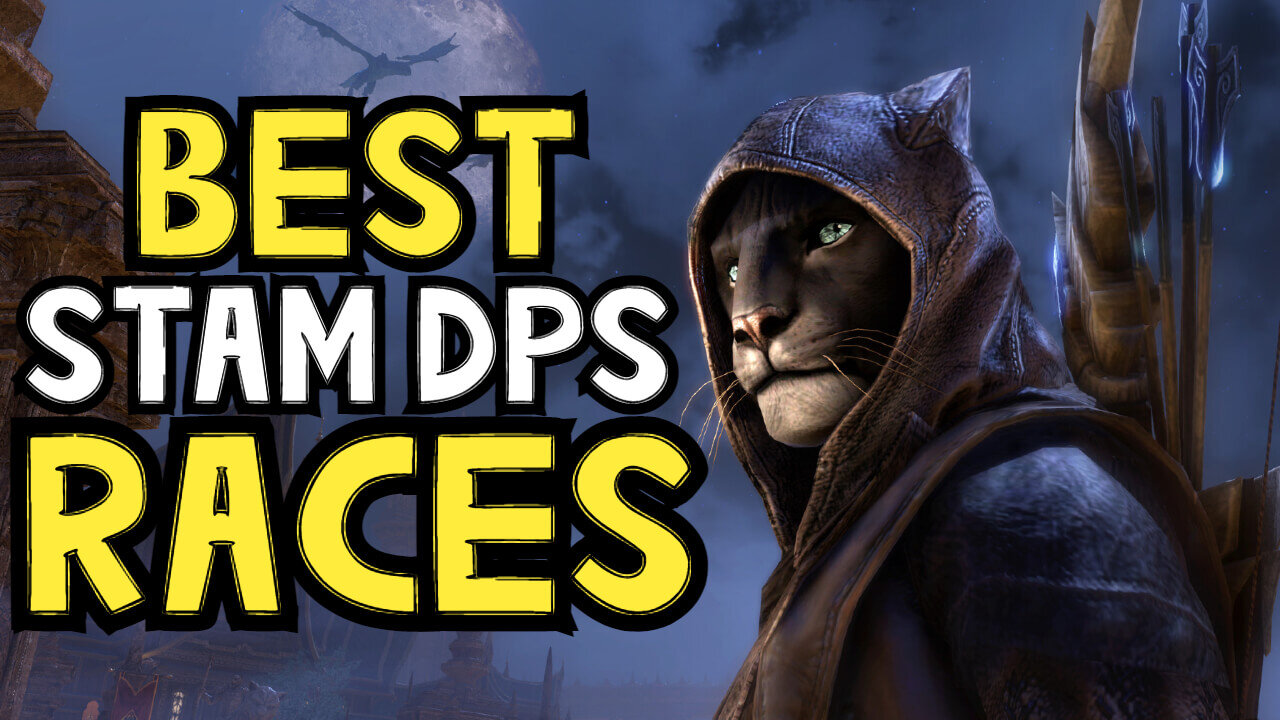 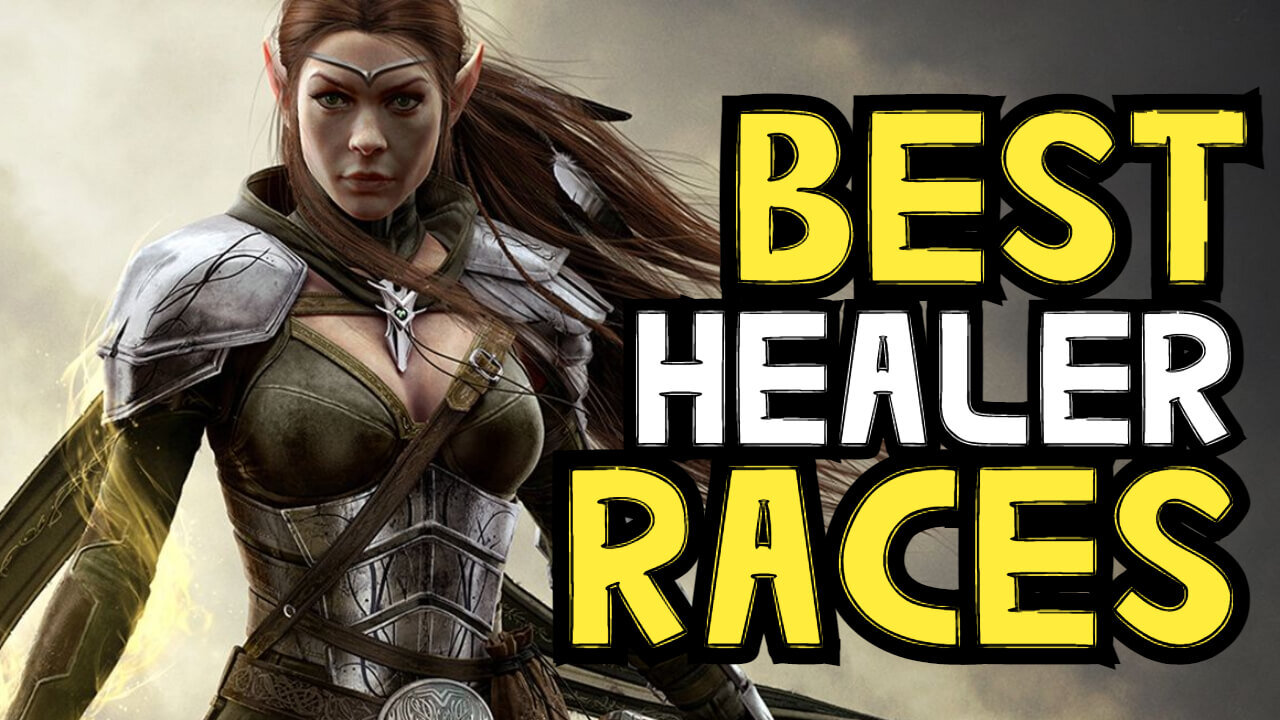 Looking to build the best Healer possible in The Elder Scrolls Online? Picking the right race is a great place to start! In this article we will explore the best Races for Healer Builds in ESO. 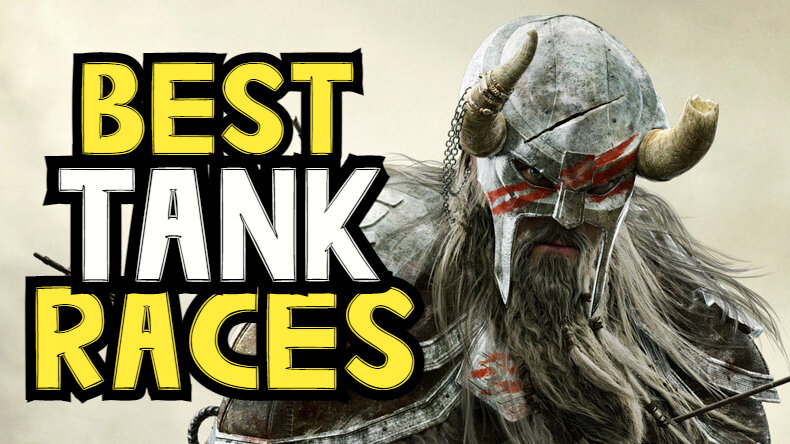 Looking to build the best Tank possible in The Elder Scrolls Online? Picking the right race is a great starting point! In this article we will explore the best Races for Tanks in ESO. 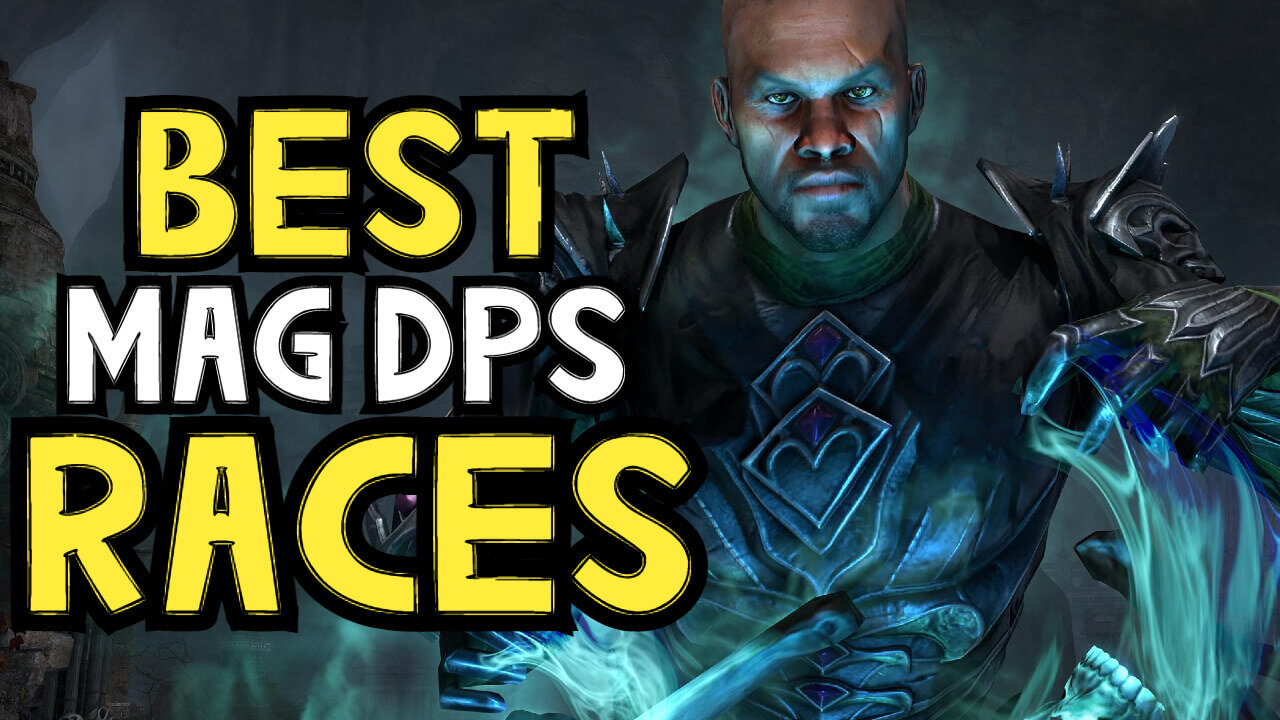 New to The Elder Scrolls Online? These quick guides can help you learn the basics!!
Tweets by HackMinotaur
ESO GuidesRaces