The RADIANT Build is an Easy to play Magicka Templar DPS Build for The Elder Scrolls Online that utilizes a simple rotation and doesn’t require any Trials sets! This build will be a great starting point for anyone looking to get involved in Normal and Veteran Group Dungeons as well as Normal Trials.

Our main damage focused set on this build is a staple of most Magicka focused DPS builds and provides lots of bonus spell critical. That of course is the Mother’s Sorrow set. This set can be obtained fairly easily or even purchased from Guild Traders and will be a great addition to any Magicka focused build all the way until End Game.

In addition to this, we are boosting our Magic-based damage skills even higher by using the War Maiden set. War Maiden applies an additional 400 Spell Damage to any skill that does Magicka-based damage such as Puncturing Sweep, the main spammable ability of the Magicka Templar.

Maw Of The Infernal is a great magicka-focused Monster Set for this build as well, as it further increases our Maximum Magicka and also provides a very solid source of consistent proc damage for greater overall DPS.

Finally, the Crushing Wall set will bring some additional passive DPS to this set up as long as we maintain a consistent uptime on Wall Of Elements.

Maw Of The Infernal

Set bonus
(1 item) Adds 1096 Maximum Magicka
(2 items) When you deal damage with a Light or Heavy Attack, you have a 33% chance to summon a fire breathing Daedroth for 15 seconds. The Daedroth's attacks deal 3865 Flame Damage, and alternate between Fiery Breath, Fiery Jaws, and Jagged Claw, which alternate once every 2 seconds. The Daedroth can only be summoned once every 15 seconds.

Set bonus
(2 items) Your Light and Heavy Attacks deal an additional 1353 damage to enemies in your Wall of Elements.

(2 items) Adds 129 Weapon and Spell Damage
(3 items) Gain Minor Slayer at all times, increasing your damage done to Dungeon, Trial, and Arena Monsters by 5%.
(4 items) Adds 1096 Maximum Magicka
(5 items) Dealing direct damage with a single target attack creates a ring of fire beneath you for 10 seconds. This effect can occur once every 10 seconds. Standing in the ring grants you a stack of Siroria's Boon for 5 seconds. Each stack increases your Weapon and Spell Damage by 52. 10 stacks max.

The optimal DPS race for this build is High Elf thanks to the extra spell damage and max magicka. Khajiit and Dark Elf are also strong choices. Breton can be a strong choice as well for the bonus cost reduction of magicka abilities. For more details on all ESO Races and passive bonuses be sure to check out our Full ESO Race Guide. 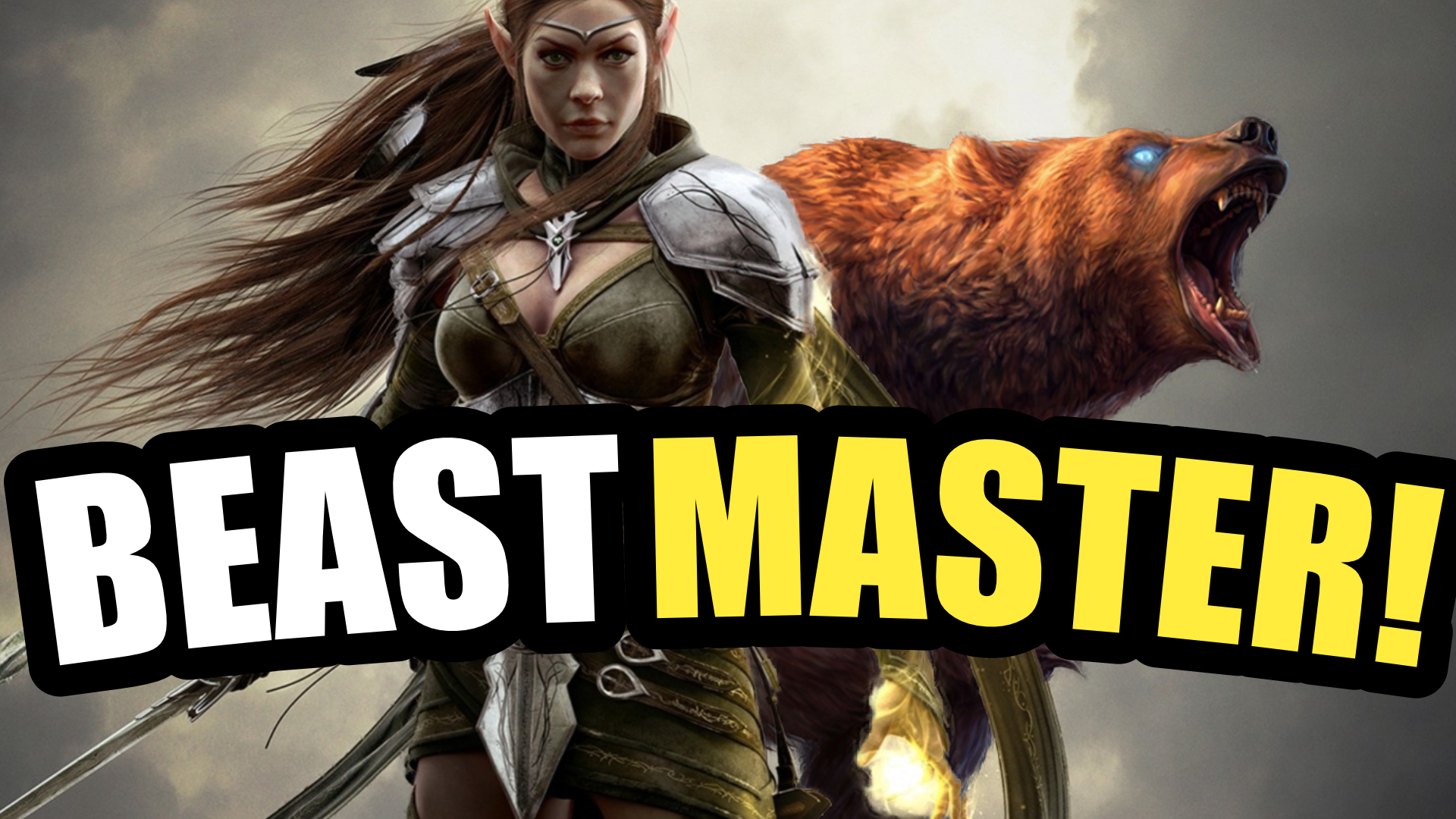 The BEAST MASTER Build is a Powerful Stamina Warden Build for The Elder Scrolls Online that is focused around summoned Pets and Animal Companions! Bring TWO Bears to the Battle Field, plus swarming insects and a Gryphon!

The SHOCK MASTER Build is an extremely easy AND powerful Magicka Sorcerer Build for The Elder Scrolls Online! Massive heavy attack damage as well as great survivability and self-healing make this set up great for solo and group PVE content! 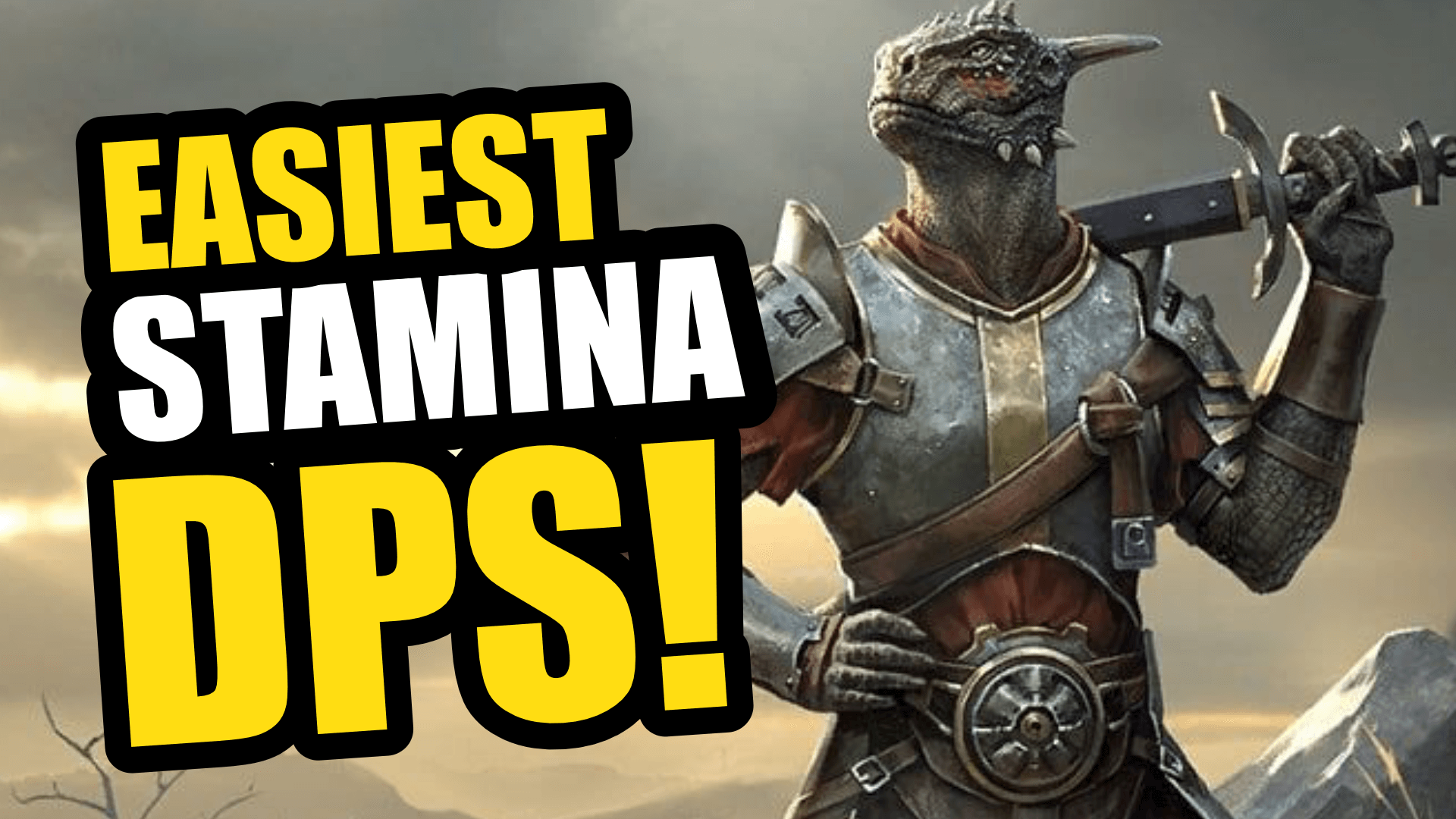 The SLAYER Build is an EASY One Bar set up for the Stamina Templar class in The Elder Scrolls Online. And no difficult rotations or Trials gear is needed to be successful! Plus you can add a second skill bar for even more damage! 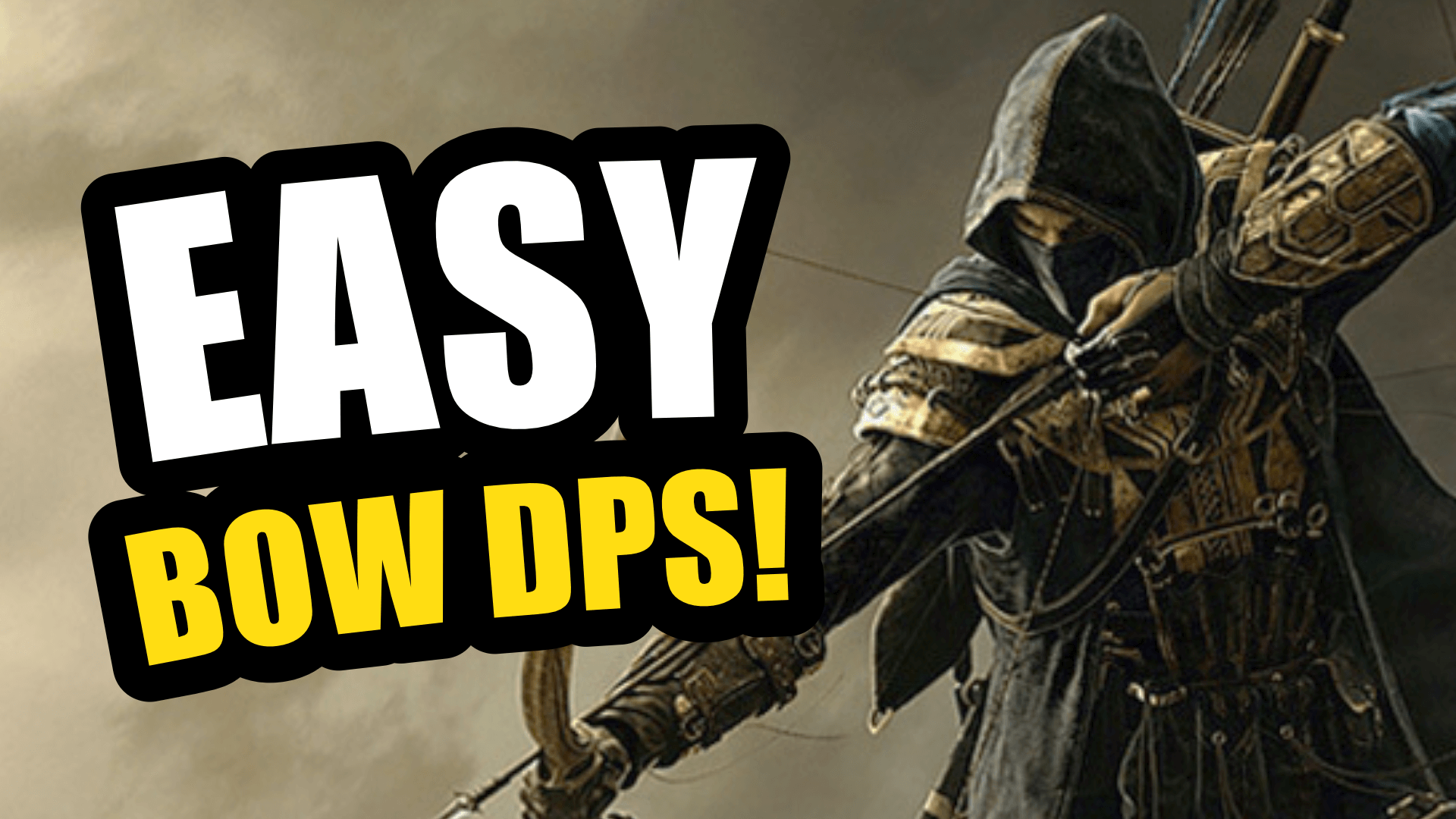 The TOXIC RAIDER Build is an EASY One Bar set up for the Stamina Nightblade class in The Elder Scrolls Online with a focus on Bow as the primary weapon. Most gear sets for this build can be easily farmed or bought on guild traders and the easy one bar rotation means no complicated bar swapping is needed. Plus this build does tons of TOXIC DAMAGE! 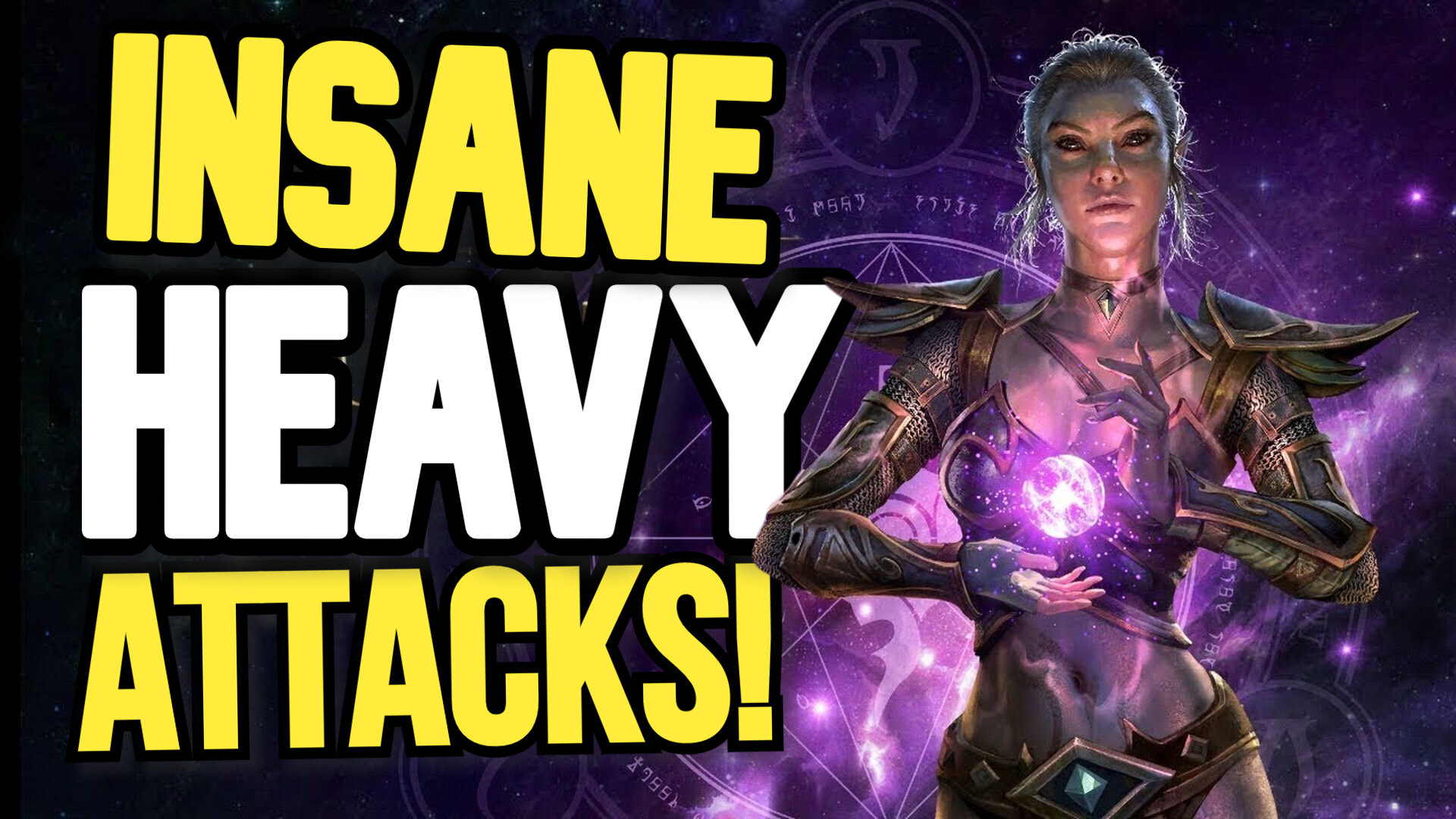 The VOLCANIX Build is an Easy and Powerful Magicka Sorcerer DPS Build for The Elder Scrolls Online focused on several sources of heavy attack damage while also keeping the skills and rotation simple! No Trials Gear or complicated rotations required! 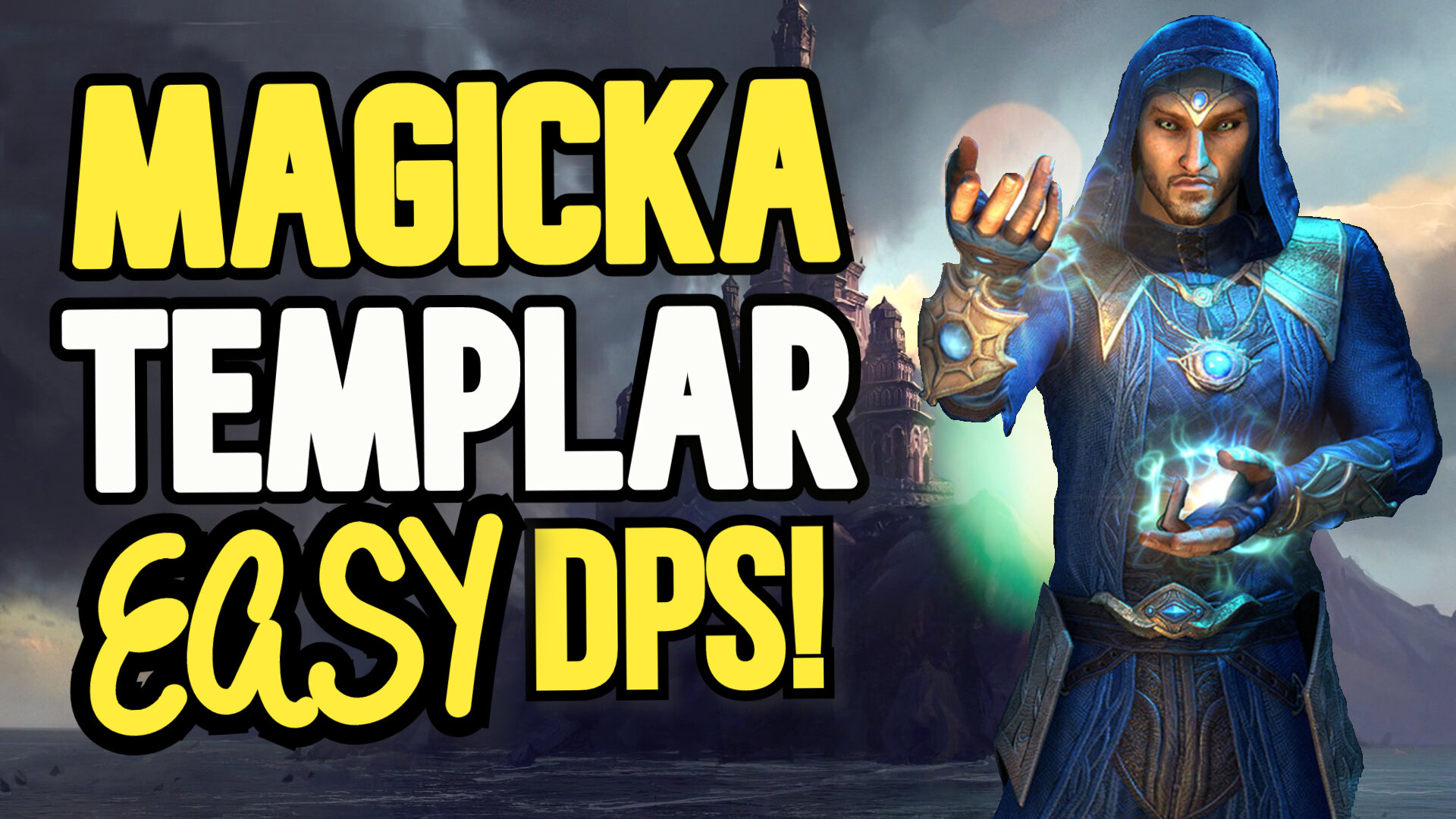 The RADIANT Build is an Easy to play Magicka Templar DPS Build for The Elder Scrolls Online that utilizes a simple rotation and doesn’t require any Trials sets! This build will be a great starting point for anyone looking to get involved in Normal and Veteran Group Dungeons as well as Normal Trials.