Beginning with the Blackwood Chapter in 2021, The Elder Scrolls Online is introducing Companions to the game! Two Companions will be available to start: Mirri Elendis, a female Dark Elf and Bastian Hallix, a male Imperial. Each Companion can be fully equipped with their own Weapons, Armor and Jewelry helping you further customize their build and playstyle, but where do you get the gear? And how do you get it faster? This guide will cover it all!

How To Get Companion Gear In ESO

Companion gear can drop from all enemies in the game, however, boss level enemies have the highest drop rate. This includes:

To obtain Companion Gear from any of these bosses all you need to do is get credit for particpating in the kill which normally results in a loot drop. Typically you need to do some damage to the boss in order to get loot to drop. In addition, you must also have a Companion Summoned and with you at the time the loot drops. This is a MUST! No Summoned Companion means NO LOOT!

Companion Gear in The Elder Scrolls Online has a small chance of dropping from any boss enemy in the game. The drop rate is generally around 10 percent.

Normal enemies have a much smaller chance of dropping companion Gear, roughly around 1 percent.

Companions in ESO currently cannot use the same sets as Players. Instead, they have Companion Gear. Companion Gear is fairly basic, only offering static a static Armor Bonus for armor pieces or a static Damage Stat for Weapons. However, Companion gear also comes in 9 Unique Traits that further customize your Companion’s Combat Role.

The 9 Companion Gear Traits are:

Unfortunately, not every trait for companions is a great option at this point and there are definitely some best in slot traits based on how you want to build your companion. The best all around Trait for any type of Companion Build is the Quickened Trait. This decreases your companions ability cooldowns, allowing them to use their abilities more frequently. This is a fantastic trait for any companion build, whether tank, DPS, healer or even a hybrid. Some companion abilities have very long cooldowns upwards of 30 seconds so anything you can do to reduce those is going to be helpful.

Next, for companion tanks two specific traits stand out. The first is the Vigorous Trait which increases your companions Maximum Health. By focusing on the Vigorous Trait your Companion can get over 40,000 Health which is going to be great for helping them take big hits from bosses.

Next, the Bolstered Trait reduces the amount of damage your Companion is going to take, helping them survive even longer. This will be a great option for Companion Tanks as well, or you can also mix and match both Vigorous and Bolstered.

For Companion Healer Builds the main trait you'll want is called Soothing. The Soothing Trait increases your Companions healing done, including the heals they cast on themselves as well as the heals they provide to you and other players. Including some Quickened Traits for Healers is also generally a good idea so that their healing abilities cool down faster and have better uptimes.

And finally, for a DPS focused Companion Build, the ideal trait will be Aggressive which increases their overall damage done. While Companion Damage is not massive, maybe 5,000 to 10,000 DPS, using full Aggressive Gear can definitely push them to their maximum potential.

As we mentioned earlier, boss enemies have the highest chance of dropping Companion Gear for us while we have our Companions actively summoned. This means that the more bosses we can defeat quickly, the more chances we will get at obtaining a Companion gear piece. The best methods below revolve around this idea of farming bosses quickly.

Delves are by far the easiest way to get a potential drop of a Companion Gear piece. This is simply because Delves are some of the easiest content in the game other than questing. Delve bosses can be defeated by almost any character at any level, so if you are lower level or less experienced this might be the best method for you.

The only downside to using Delve Bosses to farm Companion Gear is that there is only one Boss available per Delve in most cases, and this boss does have about a 5-10 minute Respawn Timer before you can earn loot again. This will be the slowest method for farming Companion Gear due to the limited amount of bosses available.

Public Dungeons are a very popular option for farming Companion Gear because they usually have several boss enemies that can be defeated fairly quickly. Some of my favorite options for Public Dungeons include the Forgotten Crypts in Deshaan and Crimson Cover in Malabal Tor. You may also encounter less crowds in some of the older DLC public dungeons such as Labyrinthian from Western Skyrim.

So many easy bosses make public dungeons a great opportunity for Companion Gear drops but you can also get plenty of gold and experience from these zones as well. Some of my favorite public dungeons are in the video below.

Dolmens and other “World Events” like Harrowstorms and Oblivion Portals also have a chance of dropping Companion Gear from bosses encountered during these events. Nearly every zone in the game has Dolmens or other similar events so they are quite easy to find and you often join farming groups here that quickly travel from one Dolmen or event to the next in order to farm drops as quickly as possible. You can even farm these solo with the right build! There are many other great reasons for farming Dolmens including massive experience gains for both you and your Companion, extra Fighter’s Guild experience (for you only) and useful Jewelry pieces or Jewelry crafting materials from deconstruction. All in all, this is just a great method for farming Companions with plenty of other benefits. Some of my favorite Dolmen farming routes can be found in the video below so make sure to check it out!

Farming World Bosses for Companion Gear Drops is another great option though you do have to be set up for it. For example, you will want a fairly strong Solo build or at least have you Companion set up as either a tank or healer to help you survive, as these bosses are going to be the hardest of all on our list. What’s nice about this is you of course can also get some good items to sell or use yourself such as Mother’s Sorrow, Spinner’ Garments, Spriggan’s Thorns and much more. My favorite zone for this is the zone of Deshaan as there are some fairly easy bosses here that can be farmed on repeat (just watch out for Bittergreen)! Those bosses are:

You can do this method in a group of two or even Solo if you want. Simply approach or teleport to any Dungeon while having your group set to Normal. Using Normal mode instead of Veteran will be important because on Normal enemies have much, much less health, meaning you be able to move through the dungeon faster and thus farm those bosses more efficiently. If a Dungeon is long I would not bother with it, but many of the base game dungeons are fairly short, and you don’t even need to complete the entire dungeon. Some of my favorite Dungeons for this method include Wayrest Sewers I, Fungal Grotto I and Crypt Of Hearts. Below is my usual farming route for Wayrest Sewers which can get you 5 bosses in about 10 minutes.

That’s it! Good luck obtaining your Companion Gear! For more information on ESO Companions make sure to check out our Full Written Guides as well as some fantastic options for Companion builds that we’ve listed below. Enjoy! 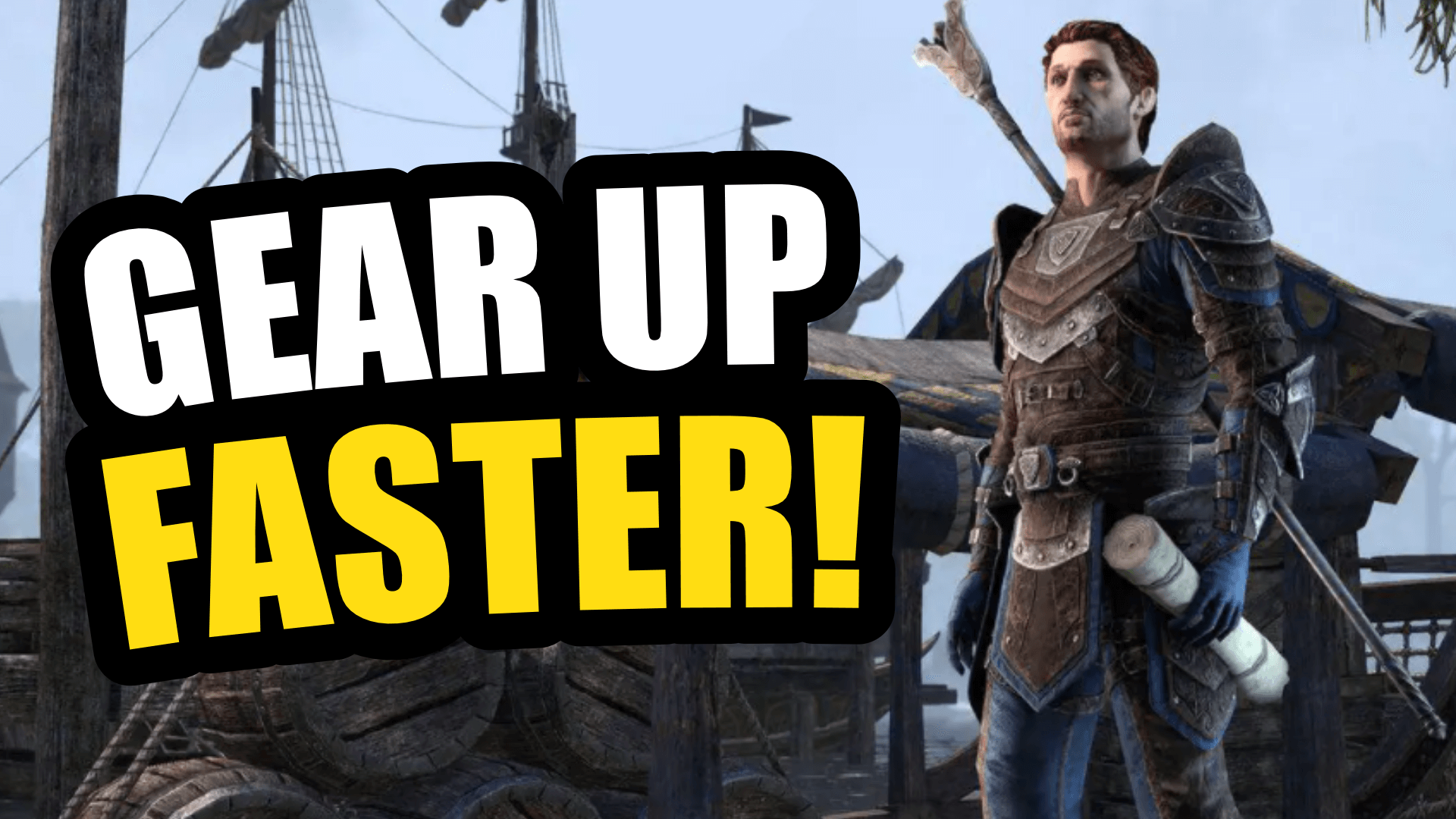 Each Companion can be fully equipped with their own Weapons, Armor and Jewelry helping you further customize their build and playstyle, but where do you get the gear? And how do you get it faster? This guide will cover it all! 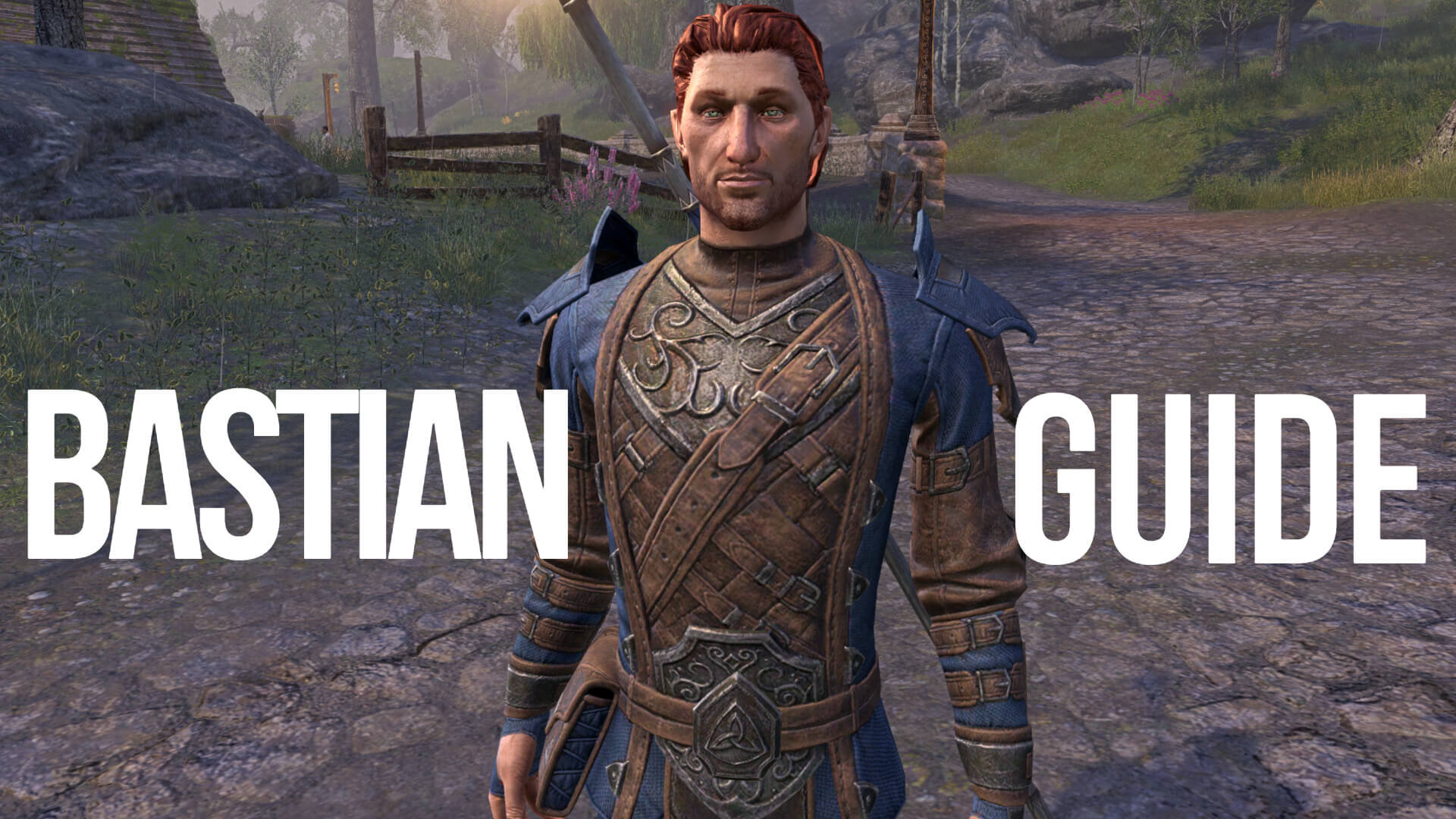 Everything you need to know about Bastian Hallix, a new Companion option for The Elder Scrolls Online, Blackwood Chapter! 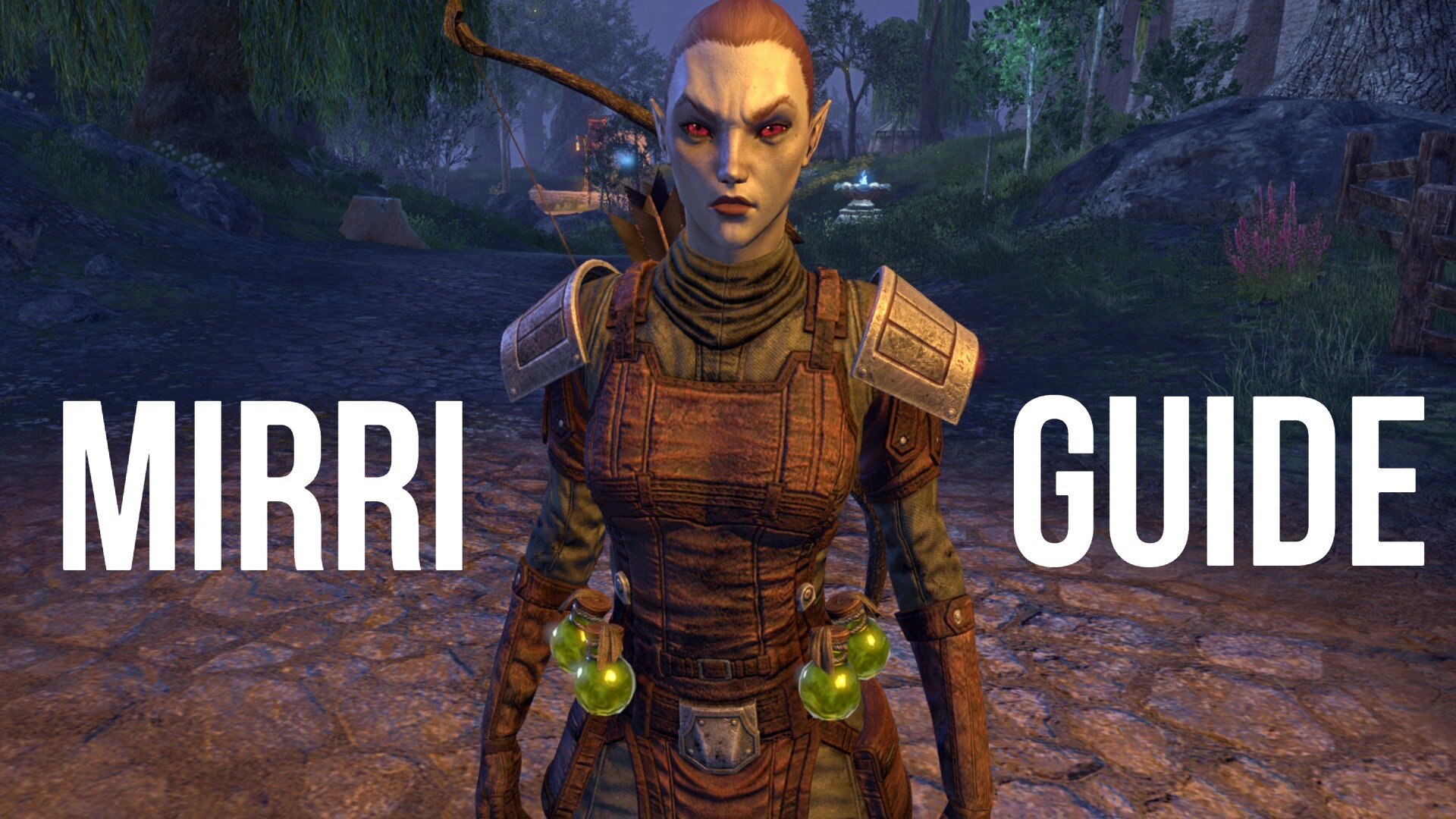 Everything you need to know about Mirri Elendis, a new Companion option for The Elder Scrolls Online, Blackwood Chapter!

Beginning with the Blackwood Chapter in 2021, The Elder Scrolls Online is introducing Companions to the game! This is our Complete Overview Guide to Companions including where to find them, rapport system, companion gear and much more! 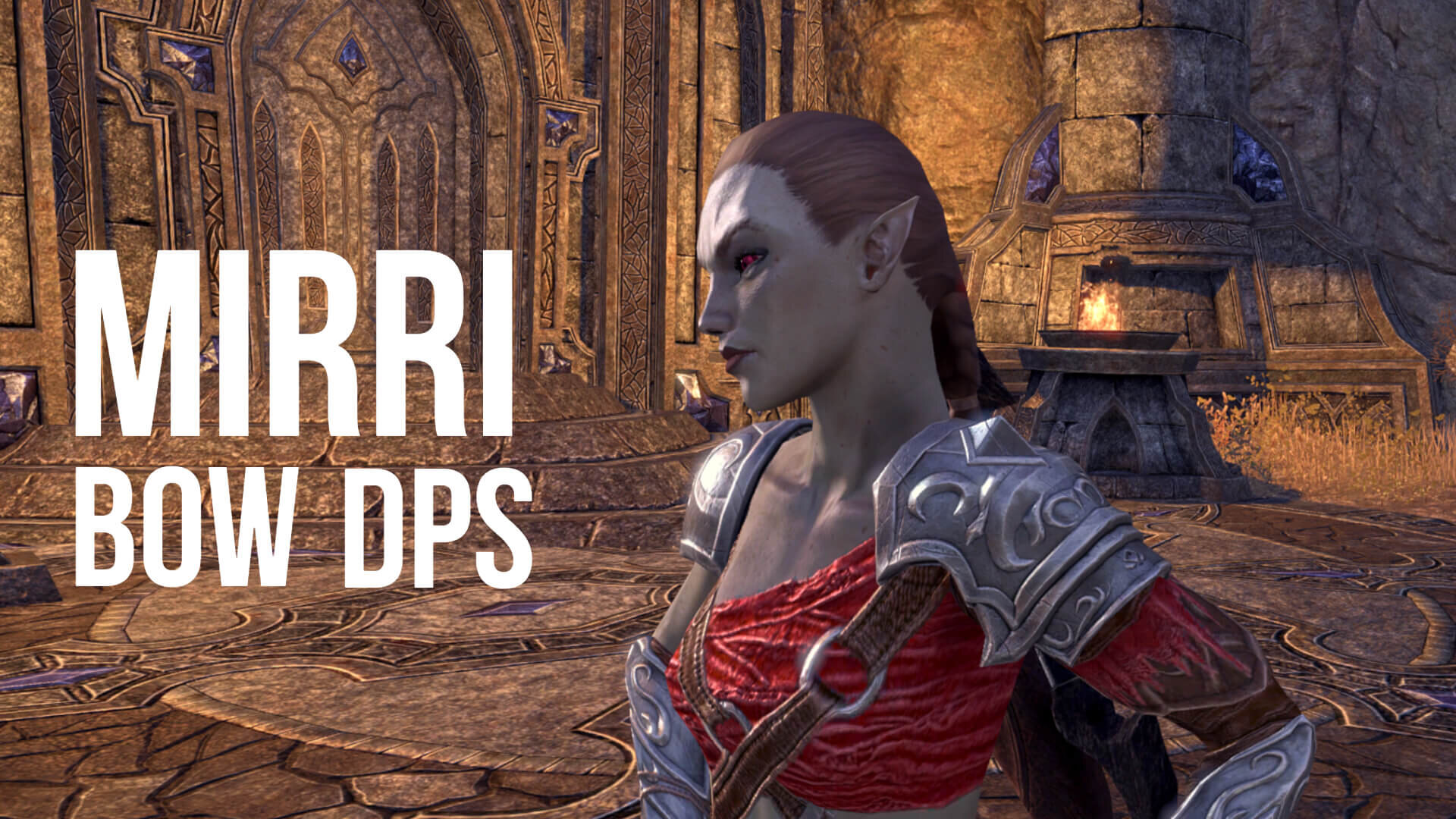 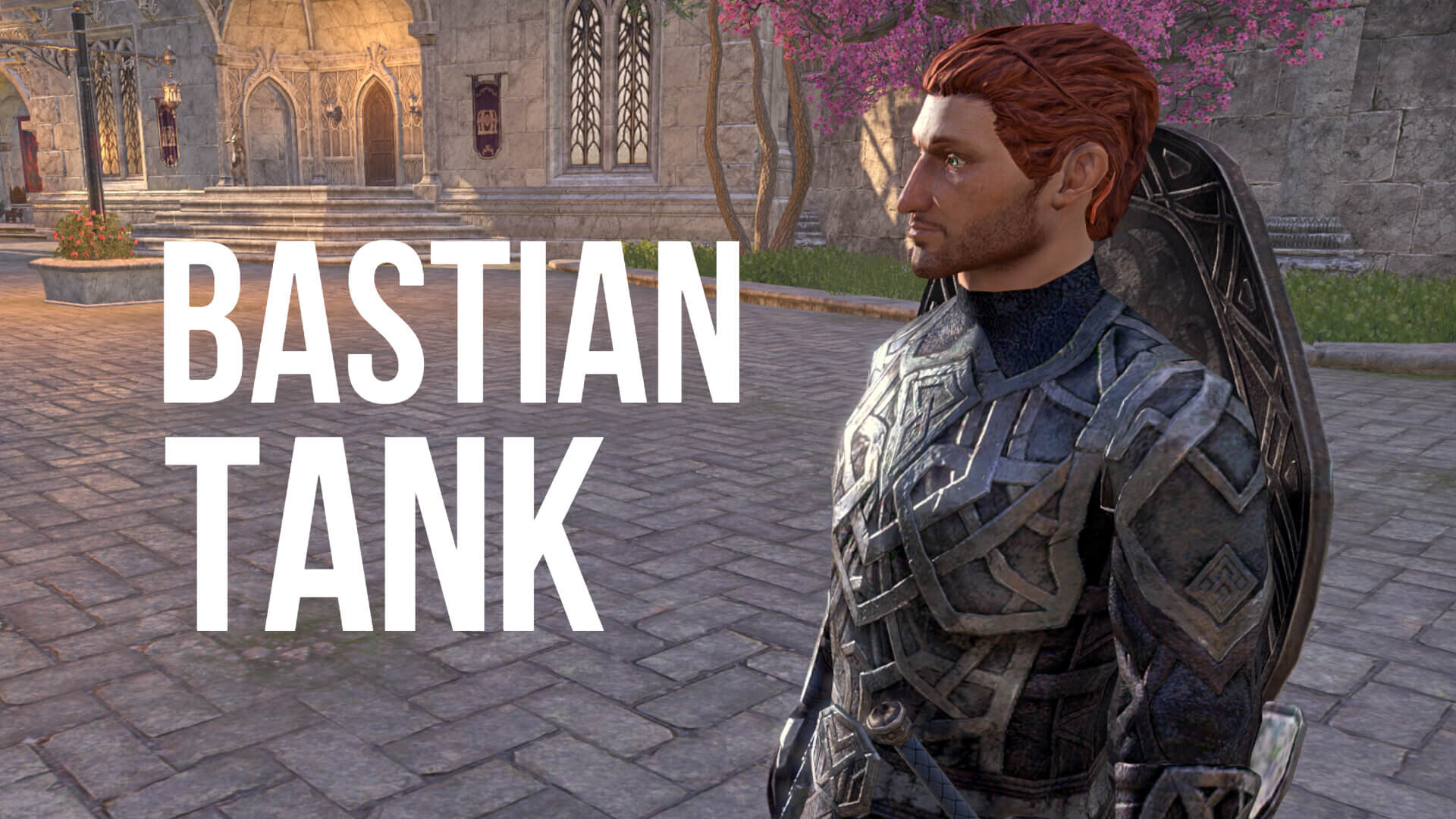 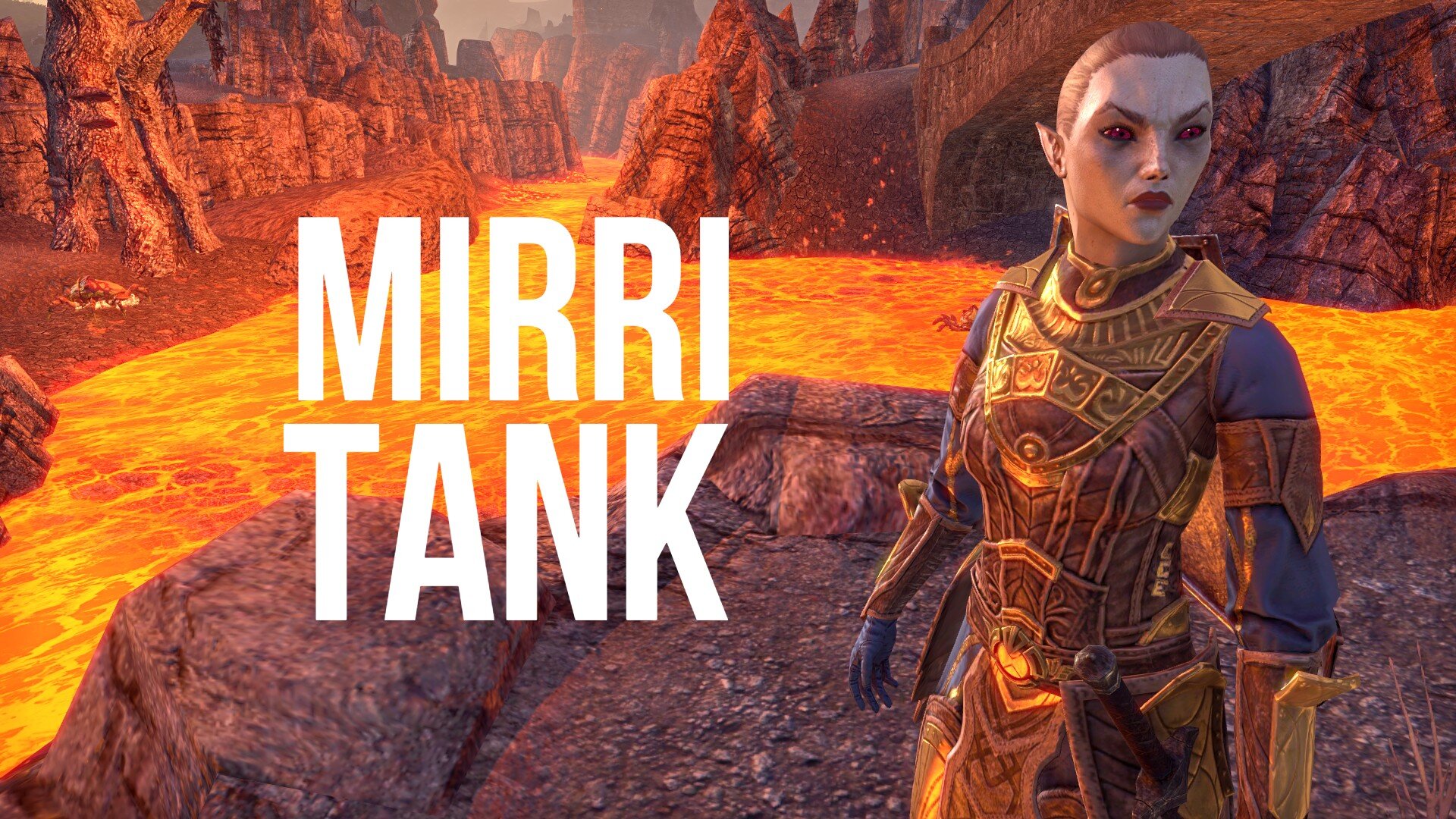 The Soul Defender is a strong option for Mirri Elendis as a Tank. Mirri is one of the new Companions available to ESO players starting in the Blackwood Chapter. The theme of this build is focused around Blood Magic, sapping the life from her enemies as well as strong defensive and dodge options. 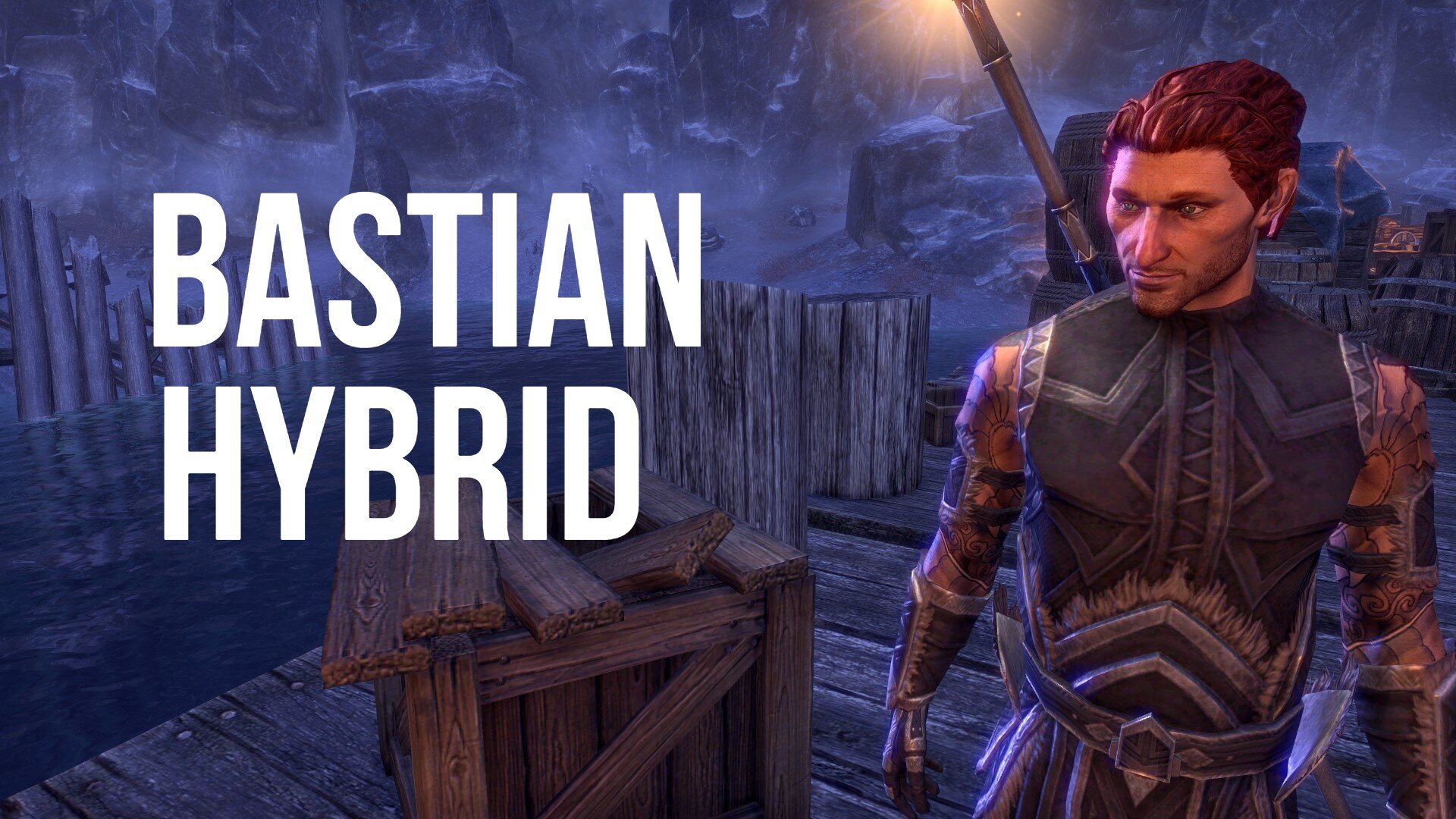 The AMPLIFIER Build is a fantastic build for Bastian Hallix, one of the new Companions available to ESO players starting in the Blackwood Chapter. This build utilizes multiple buffs in order to amplify your own damage and defense potential. This build has tons of utility and will help you progress through many different forms of content! 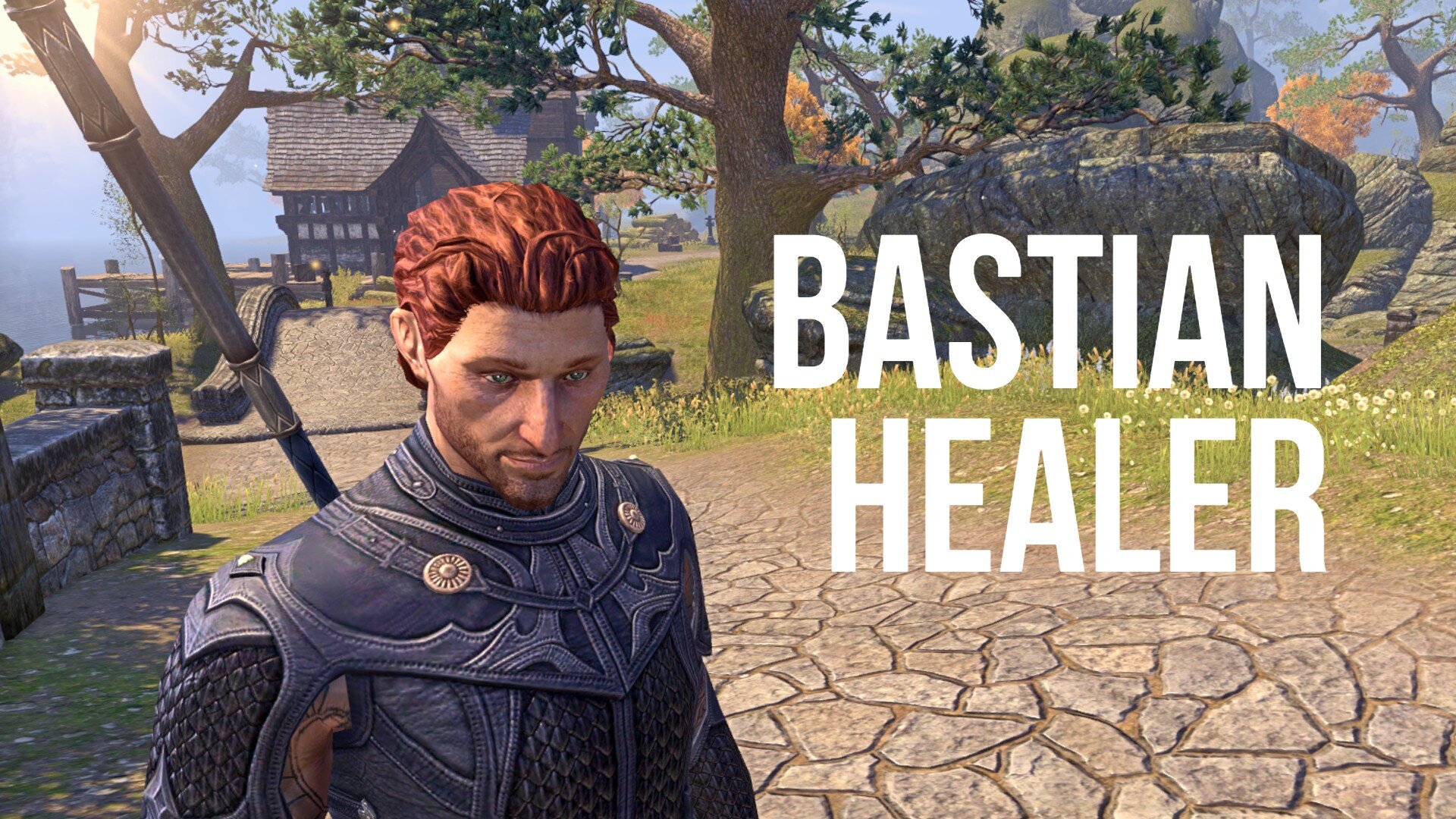 The MENDING FLAME Build is an easy Healing Set Up for Bastian Hallix, one of the new Companions available to ESO players starting in the Blackwood Chapter. This build uses multiple Restoration Staff skills in combination with Bastian’s own burst heal, Kindle, as well as additional support from Guild Skills to create a powerful Healing Companion. 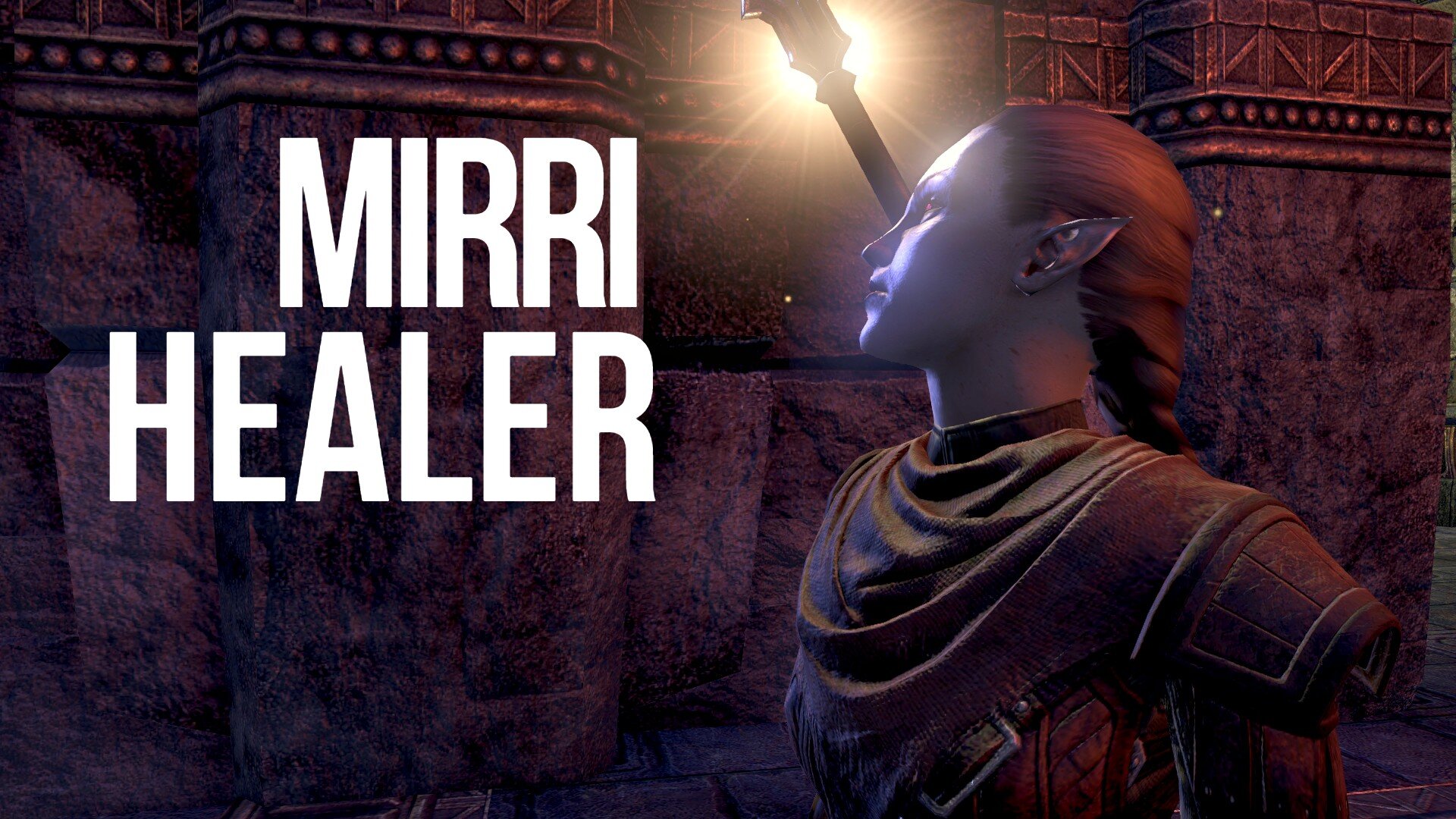 Which Armor Is BEST For YOU?

The Best SOLO Class In ESO?